Microsoft to Go 'Carbon Negative' by 2030 to Combat Climate Change

company's infrastructure to run on renewable energies and electric vehicles,

"If we don't curb emissions, and temperatures continue to climb, science tells

us that the results will be catastrophic," Microsoft President Brad Smith said in

could generate carbon emissions as long as it offset them through other means,

like paying someone not to cut down their trees. But now the company wants to

do more, pointing to the danger of global temperatures rising by one to four degrees

Celsius if not enough is done to curb carbon emissions, according to scientists.

"In short, neutral is not enough to address the world's needs," Smith said. "While it

is imperative that we continue to avoid emissions, and these investments remain

important, we see an acute need to begin removing carbon from the atmosphere,

which we believe we can help catalyze through our investments."

As a result, Microsoft's "carbon negative" plan also calls for the software giant to

by 2050. This include cutting emissions that come from employees' business travel,

and from the company's supply chain of manufacturing vendors. 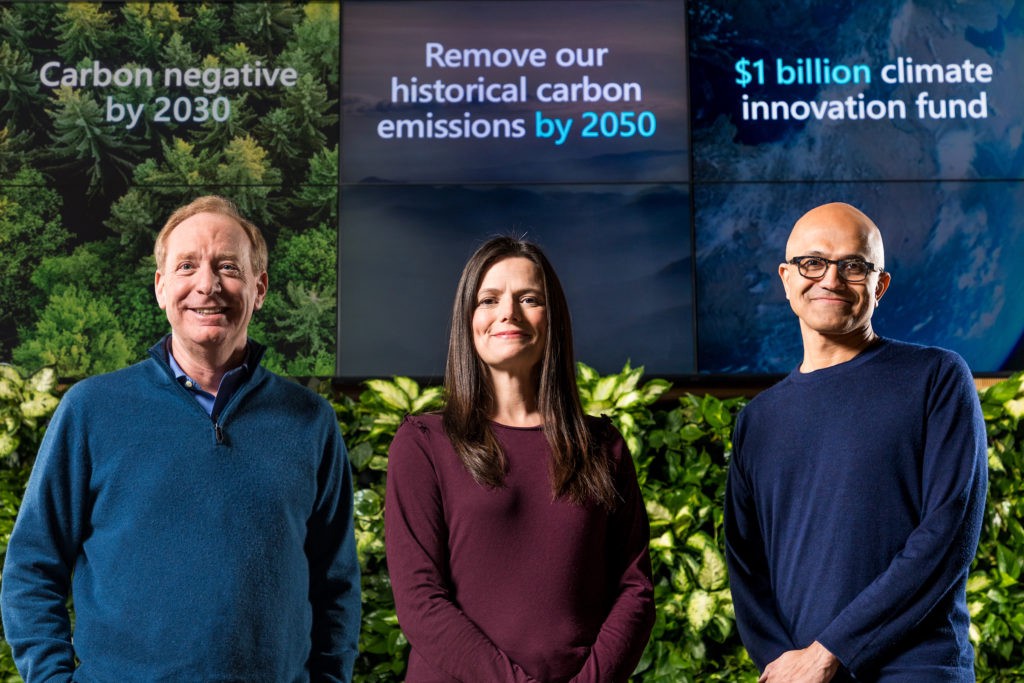 Today's announcement comes as other tech companies such as Google and

tackle climate change. This has resulted in organized protests, calling for them

to phase out fossil fuel use and become carbon neutral by 2030.

major tech company to prevent climate change. "Reducing carbon is where the

world needs to go, and we recognize that it's what our customers and employees

are asking us to pursue," Smith added. "This is a bold bet—a moonshot—for Microsoft.

And it will need to become a moonshot for the world."